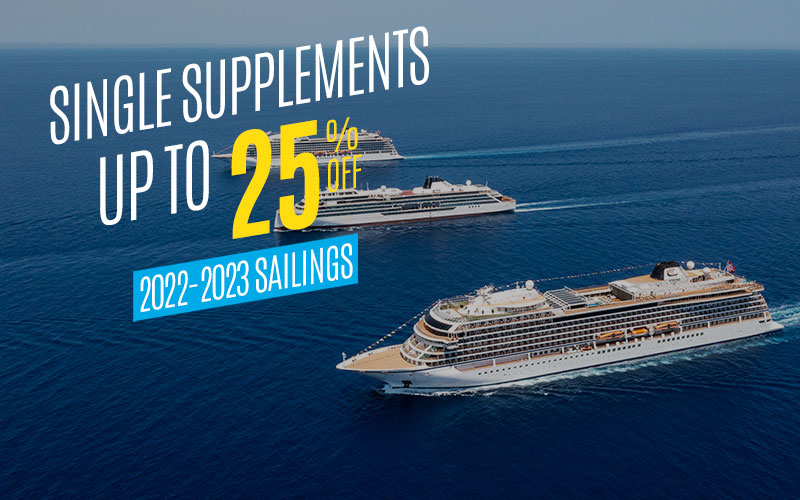 It is a profound experience to set eyes upon Antarctica for the first time. Breathtaking vistas, otherworldly wildlife, and the journey itself leave an indelible mark on visitors. Here is a land of paradoxes: the world's biggest desert that is also the world's largest ice sheet, nearly two miles thick. Virtually unexplored just 150 years ago, this content belongs to no nation and is protected by an international treaty for peaceful scientific pursuit.

Few places are as otherworldly as Antarctica, with its raw sculpted landscapes awash in blue and white. Here nature is at its most flawless—an experience sure to transform you. The ideal time to explore is the Antarctic summer, starting in November when cold, windy weather turns to 24-hour sunlight and temperatures rise to a comfortable 32° F. The ice melts, unlocking frozen seaways. Activities maximize your interaction and virtually all are included: explore by RIB, kayak, submarine, zodiac, and more.

Vikings offer you great value every day, with 25% off for Single Supplements in a category that will fit all your travel needs.

Here are some highlights you may experience during your journey:

Luxury Cruise Connection cruise experts are always here to help you embark on your next luxury travel, so call TODAY!

Viking will launch new expedition voyages in 2022, with its first two 378-guest sister ships, Viking Octantis and Viking Polaris, with voyages that range from 8 to 44 days.

To develop the new expedition voyages, Viking has partnered with some of the world’s most prestigious scientific institutions. The lead partner is the University of Cambridge’s Scott Polar Research Institute. This relationship is underpinned by a major Viking endowment for scientific research into the polar regions, The Viking Chair of Polar Marine Geoscience, a Cambridge University full professorship based at the Scott Polar Research Institute, as well as a sponsorship fund supporting the Institute’s graduate students. As part of this endowment, the Institute’s scientists will undertake fieldwork onboard Viking expedition vessels and join voyages to share their expertise with guests. Viking has also partnered with The Cornell Lab of Ornithology, a globally recognized bird research facility, whose ornithologists will regularly be on board the expedition ships, providing guest advice and interaction.

Designed by the same experienced nautical architects and engineers that designed Viking ocean ships, the ships are optimally sized and built for expeditions – small enough to navigate remote polar regions and the St. Lawrence River, while large enough to provide superior handling and stability in the roughest seas. The ships will feature public spaces that are familiar to Viking’s ocean cruise guests but that have been reimagined for expeditions, as well as new public spaces created specifically for expeditions. Straight bows, longer hulls and state-of-the-art fin stabilizers will allow the ships to glide over the waves for the calmest possible journey; ice-strengthened Polar Class 6 hulls will provide the safest way to explore; and U-tank stabilizers will significantly decrease rolling by up to 50 percent when the ships are stationary. 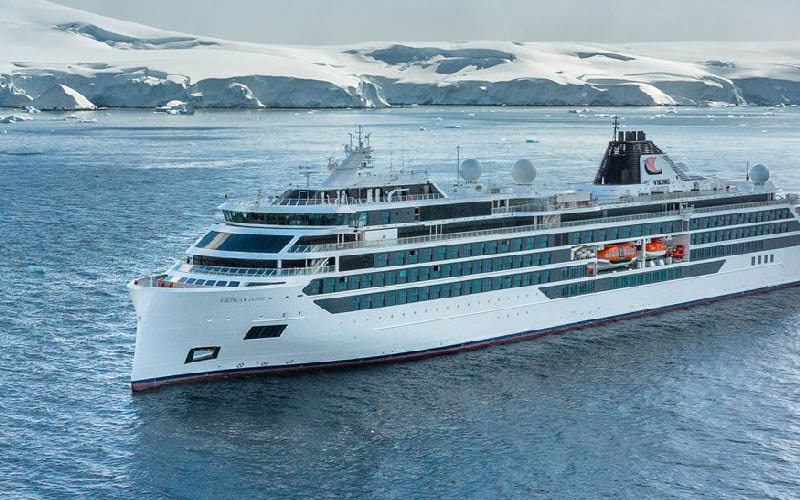 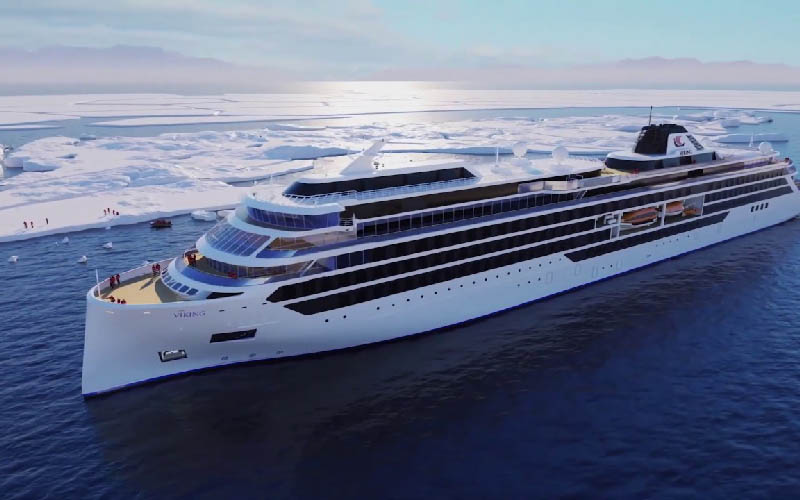 All rates are per person, based on double occupancy the stateroom category specified, cruise only, in USD, select itineraries, and subject to availability. Offer applies to new bookings only. Certain restrictions apply. COVID notice: Prior to booking, please consult all applicable U.S. Centers for Disease Control travel advisories, warnings, or recommendations relating to cruise travel, at cdc.gov/travel/notices. If a certain threshold level of COVID-19 is detected onboard the ship during your voyage, the voyage will end immediately, the ship will return to the port of embarkation, and your subsequent travel, including your return home, may be restricted, or delayed. Health and safety protocols, guest conduct rules, and regional travel restrictions vary by ship and destination, and are subject to change without notice. Due to evolving health protocols, imagery and messaging may not accurately reflect onboard and destination experiences, offerings, features, or itineraries. These may not be available during your voyage, may vary by ship and destination, and may be subject to change without notice. COVID-19 Testing Required for U.S. re-entry: Effective  December 6, 2021, all air passengers two years of age and over entering the United States (including U.S. citizens and Legal Permanent Residents) to present a negative COVID-19 test result a negative taken no more than 1 day before departure, or proof of recovery from the virus within the last 90 days. Airlines must confirm the negative test result or proof of recent recovery for all passengers prior to boarding. Airlines must deny boarding of passengers who do not provide documentation of a negative test or recovery.  The cost of the test is not included in any prices or bookings made through us. Some resort/hotel properties may offer it as a benefit to guests.